On my way to work this morning I decided to drive past the Southern Ontario Railway's yard in Garnet. Train 596 was parked right at the 8th Concession crossing so I stopped to take a photograph.

Email ThisBlogThis!Share to TwitterShare to FacebookShare to Pinterest
Labels: Ontario

You can tell the days are getting longer when you have nice light for a photograph after getting home from work. Daylight savings time helps too. Tonight I heard the horns of a Canadian Pacific loaded ethanol train approaching town. I dashed out to River Road for a photograph. 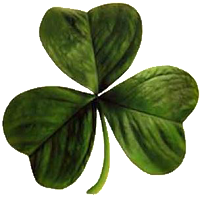 Today I was at home with Missy relaxing to some music and playing euchre. Well, I was playing euchre. Missy was napping nearby. Anyway, I had the scanner turned on and at about 1100 I heard train 255 obtain a clearance out of Welland Yard. By this time the sun had shown itself so I took Missy over to Hewitt Road for a photograph.

Then we went back home to enjoy the spring-like day.

It was a very pleasant day in Niagara. I missed train 255 this morning while sleeping in after the missed hour due to changing the clock for daylight savings time. However I left the scanner on and heard a southbound in the afternoon.

I included the photograph of the trailing AC4400CW because I found the spray paint enhanced number on the cab to be quite amusing.

When I got up this morning I turned on the scanner to listen for any activity on the Canadian Pacific Hamilton Subdivision. It wasn't long before I heard train 255 alert the dispatcher to their departure from Buffalo, New York. A while later, just as the train was approaching the junction between the Canadian National Stamford Subdivision and the Hamilton Subdivision I heard a southbound report the Smithville mile board. I decided to take Missy over to Boyle for a photograph across the fields of corn stover.

Now that I knew the two trains would be meeting at the north siding switch in Welland, I headed there for a look at train 255. First I took a photograph of the two meeting.

After a brief chat with a fellow railfan at Hewitt Road Missy and I returned home.

This morning I had two appointments in Hamilton. By the time I was finished it was nearly lunch time. I decided to have it next to the railway tracks. En route to Wendy's in Aldershot I stopped by the Southern Ontario Railway's yard in town. A GP38 was busy switching the east end of the yard and a variety of other power was parked through out the yard.

The rather ugly looking RMPX GP40-2W has received a new red rear end. It doesn't really help its appearance much.

Once sustenance was obtained I headed over to the Lemonville Road overpass to see what would transpire. Canadian National was quite idle so I settled for the pair of mid-day VIA trains.

Then it was on to Jarvis and back to the office. On the way I noticed that the Southern Ontario Railway's Nanticoke train was still parked on the main track in Garnet. I stopped for a quick photograph.

It's nice when you can intersperse some photography with your work day.

Welcome to my trackside log. These entries are records of the trains I see whether I'm around home in Niagara or out travelling the countryside. Some of my photographs will also be included as well.

Links to My Stuff